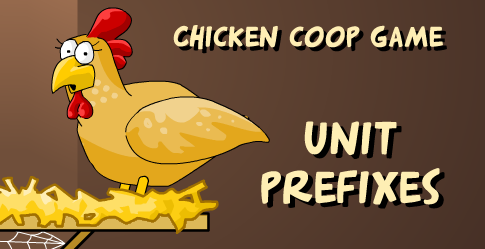 Using foreign language boils down to four basic skills: listening, speaking, reading and writing. Structure of most language tests reflects this. Study programs usually have separate exercises for each of those or focus on speaking and listening exclusively. Anyway, when learning a foreign language we tend to focus more on one skill than on the others. The article ponders over how to prioritize your learning efforts.

I cannot tell for native English speakers, but from my experience listening is the most difficult skill when it comes to foreign languages. Especially, if we talk about two phonetically different languages like, say, English and Russian. Obviously, spending a lot of time over textbooks may yield some results but doesn’t warrant a speech comprehension skill good enough to lead a conversation. I find this book-worm approach less of a problem in the west though and most language aficionados I met think of learning a foreign language as primarily conversational activity. Yet listening on its own isn’t too popular. Apparently, the progress is not that obvious at first when you just do a lot of listening, but that’s how we acquire our first language nevertheless.

Speaking, if you think about it, is a result of muscle activity. We control our breath and vocal cord tension with muscles, tongue is a muscle too. Thus, by repeating the same sounds, words and expressions times and times again we engage our muscle memory, i.e. the same device that allows an athlete to execute a complex movement or a musician to perform a masterly piece. Fluency in speaking a language comes from muscle memory. But it is not so much about fluency. Apparently, engaging your muscles has some fundamental binding effect on whatever you are learning or practicing and makes recalling what you have learnt a snap even after you have not used it for a while (just like riding a bicycle).

READ  How To Get The Most From Going To College

If you want more on connection between brain, muscles and movement I highly recommend this TED talk by Daniel Wolpert, where his main premise goes that “we have a brain for one reason and one reason only – and that is to produce adaptable and complex movements.”

Apart from fluency when we speak with the focus on correct pronunciation we improve our tongue awareness which is tightly coupled with muscle control, thus again we engage areas of the brain responsible for language acquisition (there must be a reason why “tongue” means “language” in some contexts and in Russian, for instance, both correspond to the same word). Plus, by uttering words of the language we are learning we get a better chance to understand distinctions between sounds of the foreign language, which benefits our comprehension/listening skill as well.

Unless the language you learn uses hieroglyphic writing you are likely to start reading and writing in no time. You are not going to sweat over an alphabet, no matter how exotic it is, are you? It is just a few dozen characters after all. Japanese or Mandarin is a different story though. Just like native chinese and japanese speakers do, you will have to invest a considerable amount of time and efforts into learning kanji, unless you are happy to go by with conversational skills only.

It is no secret that reading may benefit from writing: it is much easier to remember a kanji after you have written it down several times. Did you notice how the positive effect is achieved by involving muscles and movement again, just like with speaking and listening?

READ  You Must Study For College Success With Our Quick Tips

Finally, with all the considerations above there goes my list of priorities:

Speaking. Uttering using your full voice that is. That is really a secret backdoor through which language registers with our brain. Quite obviously, we want to feed our muscle memory with as authentic pronunciation as possible, and therefore goes number 2.

Listening is extremely important. That is the foundation of language acquisition. By sifting through this huge stream of information our brain gathers statistics which is essential for learning a language.

Reading is an excellent tool for expanding your vocabulary and brushing up on grammar.

Writing may have the least priority, at least for me now, but don’t disregard it! Putting your thoughts in writing at your own pace, especially at earlier stages of learning, efficiently exposes your blind spots, be it missing vocabulary and expressions or wobbly grammar. Pen-pals aren’t as popular now as they used to be, only to give way to instant messaging and language learning social networks like Livemocha.

But wait! What about grammar and vocabulary? See, they are instrumental to the four skills, not skills themselves. That’s great if you are willing to tackle them systematically, just ensure you still see the woods for the trees alright.

Save Money And Time By Reading Tips About Student Loans

Most folks who graduate from college these days do so with student loan debt. When you understand how student loans work, you can graduate in a solid financial position. Read below to find out how […] […]