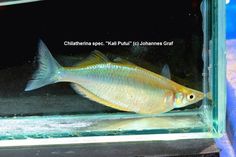 The pupil prepares to move away from the side of the road. The carry out the procedure the procedure of a five point plan. She looks at the the left blind spot, all three mirrors and then the right hand blind spot. She takes off the handbrake and then tries to emerge in front of the bus driving along the road. The pupil has been under the illusion that carrying out a procedure keep her safe but in reality it was not. She did not focus her attention towards the danger area and take notice of what was there.

Much is made of eyesight when it comes to driving. Part of the driving test is to read a standard number plate from a prescribed distance and if this cannot be done then the test is cancelled. If glasses are needed then they must be worn at all times when driving and a code on the back of the driving licence shows this for insurance purposes.

Though we may look and receive information from the eyes we actually see with the mind, which constructs the picture and makes sense of it. Much of what the brain tells us is happening is made up from memories which fill in the blanks and speed up the process of using visual information. This can be observed at junctions where a pupil simply has no idea how far away moving objects are or how much time is available before they arrive. By constant practice with some trial and error a pupil builds up memories of previous junctions which enable them to emerge safely as judgement improves.

READ  Great Tips On How To Go About Homeschooling

The sense of side to side motion in the brain is very strong though the sense of away and toward movement is quite weak. Car drivers tend to pull out in front of motorcycles after looking straight at them because there is nothing to tell the brain the motorcycle is moving towards them owing to it’s smaller size in the visual field. The forward motion of a car is easier to detect as it is larger. It has been said by experts that motorcycles should weave in the road slightly near junctions so other motorists detect the movement and refrain from pulling out.

A pupil of mine continually drove too close to parked cars nearly hitting them. Upon observing him I noticed one of his eyes did not move. Upon asking him about this he finally got round to telling me that he did in fact have a glass eye. When this was established a few exercises in passing vehicles and building up positional memory solved the problem and he was able to drive safely from then on.

Differences in light for different times of day have an impact as the eyes take a while to adjust. Extreme differences in light in the same scene such as oncoming headlights can effect sense of position and make objects seem closer than they are. Learner drivers will always attempt to turn away from oncoming headlights until they have enough experience to trust in their own judgement. Drivers should always pay a high level of attention to what they see.

READ  Worried About Student Loans? Use These Tips

As mankind has advanced through the ages, he has sought to develop facilities which make it easier for him to function on a daily basis. One of these facilities is transportation. Transportation has been an […] […]

Looking Into Homeschooling? Start With These Tips

Do you have big dreams for your children? Most parents want their children to become doctors, authors or artists. Their dreams can come true, but they must be educated. Homeschooling is a great option, so […]