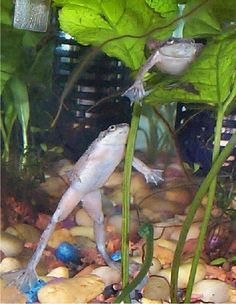 Learning Spanish is an enjoyable adventure for most people, experiencing a new and flowing language and a culture that is both colorful and exhilarating. It is little wonder so many are enticed into learning this beautiful language, but although many embark on this voyage of learning full of excitement they are often unprepared, in the large part, for the challenges that lay ahead of them.
Learning Spanish is no walk in the park for English speakers, and although vocabulary and pronunciation are picked up relatively quickly and easily it is the intricacies of Spanish grammar that generally cause the most difficulties. It is these difficulties that are often stated as being the main reasons why a lot of people settle for only being able to speak ‘pigeon’ Spanish. One of the biggest problem areas that hinders people in learning Spanish to a competent and conversational level is that of learning verb formations.
Spanish verb conjugation is extremely complex, and what makes learning verbs even more difficult is the sheer number of irregular verbs that are used on an everyday basis in Spanish. What this actually means to the student is that they are faced with irregular verb conjugation from a very early stage in their studies and as a result many are put off the idea of learning Spanish altogether, thinking it an impossible task. This is why the importance of mental preparation before starting to study cannot be understated. Unfortunately, preparation is something that very few people regard as necessary to their studies and it is these people that normally struggle.
As well as being well prepared mentally for the challenges of learning Spanish verb formation, there are certain tools that are absolutely necessary. These tools will help to both structure and improve how you learn Spanish verbs. The first is the standard verb conjugation book.
Conjugation books have been used for as long as languages have been taught and have been the traditional and time tested method of learning verb structure for years and are, undeniably, still an important part of learning verbs. However, apart from containing the required verb tables, they do little in offering a way of structuring how best to learn the information and are also inflexible when it comes to the needs of the individual student.
This is where a verb trainer is extremely beneficial and with the ever increasing popularity of the home PC, conjugation software has been developed that will both greatly improve the time taken to learn Spanish verbs and, make the task of doing so much more enjoyable because of the improved user friendliness. Verb conjugators are not a new idea, they have been used for quite some time, in one form or another, but the one thing they had previously lacked was the interaction offered by today’s training software. The newest verb conjugation programs target each individuals’ needs more than was ever possible before, therefore concentrating on an individual’s specific area of weakness. By focusing on problem areas the verb trainer helps the student to learn much more quickly and confidently.
If you are thinking of learning Spanish or have been studying for a short while, ensure you prepare yourself as well as possible and equip yourself with the best tools for the job. Plan to succeed, don’t fail to plan.

Reading help for children with learning disabilities can be a time absorbing and costly task. With a range of tutors and teachers teaching reading strategies that differ in style and efficiency, the child with learning […] […]

The easiest task in web design is styling with CSS (Cascading Style Sheets). When you are starting out to learn how to use CSS, you may be overwhelmed by the quantity of materials to learn. […]

Imagine Learning How to Overcome Infidelity – Can You Have a Life When the Cheating is Over?

Does a spouse having an affair mean that your marriage is over, leaving you with a life of uncertainty, loneliness and despair? In most cases it does; however, there are some amazing couples who have […]